Several pool-based active learning (AL) algorithms were employed to model potential-energy surfaces (PESs) with a minimum number of electronic structure calculations. Theoretical and empirical results suggest that superior strategies can be obtained by sampling molecular structures corresponding to large uncertainties in their predictions while at the same time not deviating much from the true distribution of the data. To model PESs in an AL framework, we propose to use a regression version of stochastic query by forest, a hybrid method that samples points corresponding to large uncertainties while avoiding collecting too many points from sparse regions of space. The algorithm is implemented with decision trees that come with relatively small computational costs. We empirically show that this algorithm requires around half the data to converge to the same accuracy in comparison to the uncertainty-based query-by-committee algorithm. Moreover, the algorithm is fully automatic and does not require any prior knowledge of the PES. Simulations on a 6D PES of pyrrole(H2O) show that <15 000 configurations are enough to build a PES with a generalization error of 16 cm-1, whereas the final model with around 50 000 configurations has a generalization error of 11 cm-1. 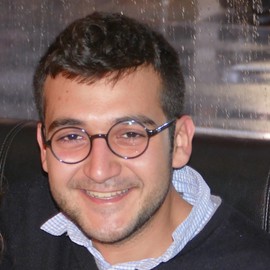 Yahya is a PhD student doing research at the intersection of numerical analysis, molecular physics and data science. He is a fellow of the DASHH graduate school: Data Science in Hamburg HELMHOLTZ Graduate School for the Structure of Matter.